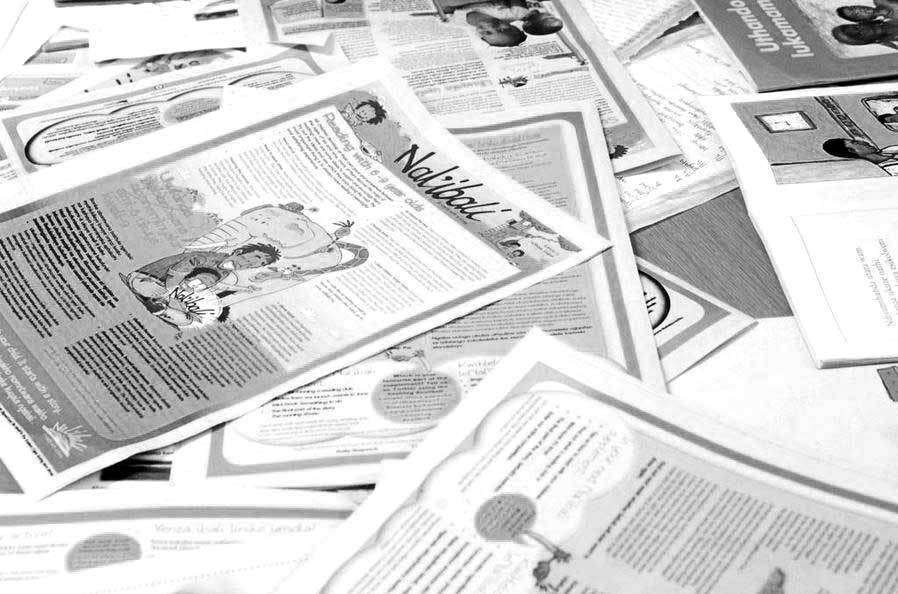 This month, the Nal’ibali reading-for-enjoyment campaign celebrates the 100th edition of its popular literacy supplement produced in partnership with Times Media. As the only bilingual resource of its kind in South Africa, it bridges home, community and school to promote and enable reading for joy and personal satisfaction among children and their parents or caregivers in African languages and English.

Available in five different language combinations, each supplement contains information for adults, two or three children’s stories as well as related reading and writing activities to prolong the fun once the stories have been shared. Since the supplement’s launch in 2012, more than 20 million copies have been published and distributed across six provinces in the Sunday World, Sunday Times Express, the Daily Dispatch and The Herald.

“Stories help to develop children’s language and thinking, especially when they hear or read them in their home languages. This translates into better performance at school, and, when reading and sharing stories feels good, reading habits are more likely to develop. Through our supplement, we aim to offer all South Africans access to high quality and appropriate reading materials in different languages and in this way help grow a powerful nation of literate citizens,” says Arabella Koopman, Content Development Manager.

In addition to the 217 000 copies published every fortnight during school term time, an additional 36 000 copies are delivered for free to reading clubs, early childhood development centers, libraries, schools and literacy organisations in six provinces that form part of Nal’ibali’s network of mentorship and support.

“Getting South Africans reading is an audacious and ambitious task that takes the support and involvement of the nation. We are proud to be playing a role in this along with all the publishers, authors and illustrators who have come on board. With their help we have shared 170 different children’s stories, 200 literacy activities as well as 262 articles for adults on a range of topics, from how and why to read with children of all ages, starting from birth, to things to do with children around storytelling,” adds Patti McDonald, Times Media Education Consultant.

And the success of the supplement is evident in its continued demand and feedback from readers at home and in the classroom:

“Using the supplement stories in school has worked really well and, although we have no quantitative statistics, the teachers believe the learners performed better in the June exams, especially in isiXhosa. Teachers had been very worried about how poorly learners had been doing in isiXhosa,” comments Les Foster, Project Coordinator of the Masikhulisane reading programme at Gertrude Shope Primary School in the Eastern Cape.

“I use the tips and suggestions in the supplement in supporting my eight-year-old daughter’s literacy journey. I read aloud to her…it entertains us: she laughs when I mimic the sounds and then I laugh at her response!” comments professional translator and parent, Nobuntu Stengile.

To commemorate this milestone edition, Nal’ibali and Times Media are hosting special pop-up bookstands in the Eastern Cape, KwaZulu-Natal and the Free State where copies of the supplement as well as books and other literacy materials will be given away.

“Nal’ibali and Times Media would like to thank participating publishers who have given permission for the campaign to abridge and translate some of their most popular children’s titles into cut-out-and-keep storybooks. These stories support the campaign’s efforts to offer children a variety of good quality stories and help them grow their own home libraries. Publishers include Cambridge University Press, Jacana, Book Dash, Fundza, Heartlines, Izilimi Zase-Afrika, LAPA, New Africa Books, Pearson, Penguin, Persona Doll Training, Puo, Songololo Books, Struik, Tafelberg and Pan Macmillan,” concludes Koopman.

The Nal’ibali supplement is available in the following Times Media newspapers and languages on a fortnightly basis:

For more information about the Nal’ibali reading-for-enjoyment campaign, or to access children’s stories in a range of South African languages, as well as tips on reading and writing with children, visit www.nalibali.org, www.nalibali.mobi or find us on Facebook and Twitter: nalibaliSA. Nal’ibali is driven by PRAESA, 2015 Astrid Lindgren Award Laureate. 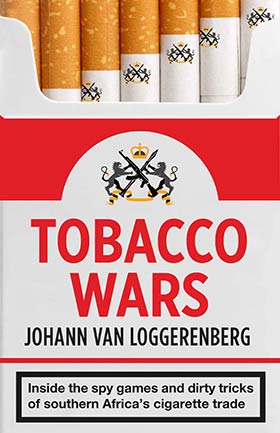